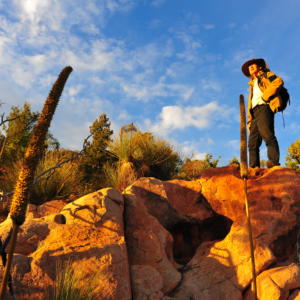 The Ninti One Annual General Meeting was held on the 16 of November, via teleconference. The Chair of Ninti One, Prof. Tom Calma AO reported that our main activity, the CRC-REP is due to end on the 30 of June 2017. As such, we have been focusing on producing important evidence-based findings across our twelve main research projects, with the number of publications now totalling 599 over six years.

Our Managing Director, Rod Reeve, reported that the CRC-REP Wind-Up Plan and Transition Plans have been accepted by the Federal Government, enabling us to close the CRC-REP’s activities in 2017. The legacy of the CRC REP will be an enduring organisation, Ninti One Limited, that will continue to build opportunities for people living in remote Australia. Two important components of this sustainable business are the Ninti One Foundation and RemoteBiz Pty Ltd, which is an Indigenous business under Supply Nation’s classification.

Rod described other activities during the year, including being contracted by the Department of Health to manage the ‘National Best Practice Unit for Tackling Indigenous Smoking (NBPU TIS)’. Ninti also continues to manage the Indigenous Advancement Strategy’s ‘Strong Communities for Children’ project in remote NT. He also spoke of how Ninti One’s commitment to ongoing research in remote Australia was demonstrated in a bid for a new ‘Regional Industries CRC’, which unfortunately, was unsuccessful.