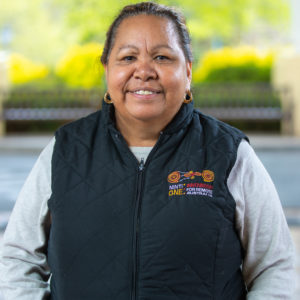 Desley is a proud Mamu woman from Far North Queensland with a working career that spans over 11 years with the Commonwealth Public Service and another 10 years with the non-government sector. In 2003, Desley was appointed Chief Executive Officer of the Cape York/Gulf Remote Area Aboriginal and Torres Strait Islander Child Care (RAATSICC) Advisory Association where she remained till 2013. Desley’s leadership quadrupled the number of staff at RAATSICC and expanded services over a number of regions. Desley has been involved in a number of National Boards and has also been involved in Child Protection matters on an international basis.